On The Meaning of Manurial 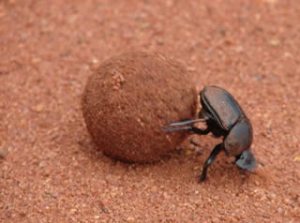 It’s been something like thirty years since I woke up in the middle of the night and wrote the following limerick but, for some unknown reason, it popped into my head a couple of days ago and I can’t shake it. I’m interpreting this to mean I have to share it now. First, a smidgeon of background.

A long-time, close friend had heard the word “manurial” and thought it was kind of funny. Frankly, I have no recollection of the context in which it came up; perhaps it was on a late night talk show the previous day. He wondered about its actual (not supposed) meaning and, alas, it was before the Internet. We did not have a dictionary immediately at hand. Now, this friend was one of those people who’s constantly coming up with ideas, but seldom following through with them. That night, as I lay in bed, I suddenly had an inspiration and felt compelled to pen a limerick. This is what I wrote:

Our Loren though entrepreneurial,
Is, nonetheless, quite mercurial.
His numerous Schemes
Drive us mad ’til it seems
We can’t help but think he’s manurial.

There! I’ve now recorded it for posterity. I can’t believe I’ve carried that one around in my head for all these years. I also wrote one about a guy I worked with whose last name was Luckett, but you can probably figure out how that went, though I believe I was able to avoid the use of “Nantucket”.

There were others. Maybe I’ll recall them as well some day. Please don’t hate me.

Since my retirement from Pratt & Whitney Rocketdyne in 2010, I have spent quite a bit of energy on developing work as a social media marketer for small business, a business manager for an AI software development firm, and as an editor/proofreader for a number of business books and a couple of novels, as well as a two-year return engagement at Rocketdyne from 2015 to 2017. I have decided to stop actively pursuing business in these fields and am now positioning myself to be a writer. I have done quite a bit of writing over the years, but I’ve never really attempted to make any money at it; at least not specifically. I’m starting out with a couple of memoirs and, currently, I’m studying the craft, creating a detailed outline and timeline, and honing my skills as a storyteller. Pretty sure I’ll be writing some fiction as well. END_OF_DOCUMENT_TOKEN_TO_BE_REPLACED
This entry was posted on Wednesday, October 3rd, 2012 at 4:07 pm and tagged with beetle, dung, entrepreneur, humor, limerick, manure, Nantucket, posterity, smidgeon, vacation and posted in Personal, Random Thoughts. You can follow any responses to this entry through the RSS 2.0 feed.
« Can Men Be Feminists?
The University of Twitterville »

4 responses to “On The Meaning of Manurial”