Out of The Final Closet? 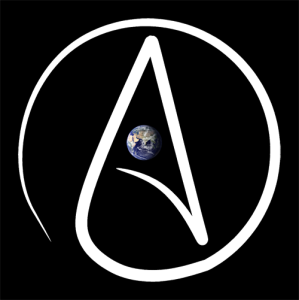 Our Real Common Bond is our Life on Earth . . . in This Cosmos.

In October of last year, I posted about a dilemma I was having with the possibility I would, at some time, be asked to give the pre-meeting invocation at one of my Rotary Club’s weekly meetings. I haven’t been asked yet and, even though there are no comments to the post, I have received a couple of emails from others who have dealt with the problem before.

As I said, I haven’t been asked and I’m not in the lineup for at least another month or so. Neither have I bothered to write anything. I will likely wait until it’s absolutely necessary prior to doing so. I need the actual pressure of a deadline sometimes to get things done. I do, however, think about what to say quite frequently, especially when I come across a story that touches on the issues.

Today, a friend shared a link to an Arizona publication that posted a story about a State Legislator – Juan Mendez, of Tempe – who gave a prayer-less “invocation” before a session of the Arizona House of Representatives. The story pointed out, as well, that he quoted Carl Sagan in closing. Here’s a link and, just in case you don’t bother to go there but would like to know a bit more, here’s an excerpt:

“Most prayers in this room begin with a request to bow your heads,” Mendez said. “I would like to ask that you not bow your heads. I would like to ask that you take a moment to look around the room at all of the men and women here, in this moment, sharing together this extraordinary experience of being alive and of dedicating ourselves to working toward improving the lives of the people in our state.”

He went on to say:

“This is a room in which there are many challenging debates, many moments of tension, of ideological division, of frustration. But this is also a room where, as my secular humanist tradition stresses, by the very fact of being human, we have much more in common than we have differences. We share the same spectrum of potential for care, for compassion, for fear, for joy, for love.”

“Carl Sagan once wrote, ‘For small creatures such as we, the vastness is bearable only through love.'”

He said one more thing I think is especially pertinent to what happened yesterday (May 21, 2013) in Arizona. It also reflects how I feel about the importance of “coming out” for those of us who profess no belief in a supreme deity, and it’s something I’ve struggled with for years. It hasn’t shaken the strength of my convictions, but it has been a royal pain in the ass at times.

When I worked on the SSME program at Rocketdyne, I felt it necessary to be very careful about expressing my beliefs for at least a decade. When I first started working there (late 80s) it was practically a shrine to Ronald Reagan, and overtly identifying myself as an atheist I’m pretty sure would have been counter-productive, if not self-destructive :).

As an ordained Minister (in the eyes of the State, a “Church” is a corporation) I have performed somewhere around fifty weddings over the years. All of them have been non-religious, non-sexist ceremonies, using a combination of portions of The Prophet, by Khalil Gibran, descriptions of folklore and customs I had learned about, and the occasional poem written especially for the couple. I was pretty close to a lot of the people I performed the ritual for, including my brother and sister-in-law and my sister and brother-in-law. Crafting something especially for them was pretty easy. I usually worried, however, that someone’s parents would be offended though, of course, no one ever was. Come to think of it, Gibran uses the word “God” a couple of times in one of the pieces I used repeatedly.

Here’s the final quote I think is so important, in light of my experiences and those of so many others:

“I hope today marks the beginning of a new era in which Arizona’s non believers can feel as welcome and valued here as believers.”

The part of me that’s remains Jewish wants to say “from his lips to G-d’s ears”, but that would be just silly, right?

Since my retirement from Pratt & Whitney Rocketdyne in 2010, I have spend quite a bit of energy on developing work as a social media marketer for small business, a business manager for an AI software development firm, and as an editor/proofreader for a number of business books and a couple of novels, as well as a two-year return engagement at Rocketdyne from 2015 to 2017. I have decided to stop actively pursuing business in these fields and am now positioning myself to be a writer. I have done quite a bit of writing over the years, but I’ve never really attempted to make any money at it; at least not specifically. I’m starting out with a couple of memoirs and, currently, I’m studying the craft, creating a detailed outline and timeline, and honing my skills as a storyteller. Pretty sure I’ll be writing some fiction as well. END_OF_DOCUMENT_TOKEN_TO_BE_REPLACED
This entry was posted on Wednesday, May 22nd, 2013 at 9:29 am and tagged with Arizona, Carl Sagan, cosmos, God, government, invocation, Juan Mendez, Judaism, legislators, love, prayer, Religion, Rotary, Tempe and posted in Personal, Philosophy, Random Thoughts. You can follow any responses to this entry through the RSS 2.0 feed.
« Dear Fellow Motorists
Age & Treachery Triumph Again »