What a Short, Familiar Trip It’s Been!

This isn’t a WordPress theme designed for showing lots of photos, but I’m going to share a few from the drive.

Finally! I think I ordered the tickets for tomorrow’s final round of the U.S. Open, at Pebble Beach, at least eight or nine months ago. The day has arrived and we left Simi around 12:30 today, after a quick lunch at Mod Pizza. We drove up in Steve’s brand new Ford Edge, taking the 5 North to Santa Nella, which is somewhat East of Gilroy, which everyone knows is the garlic capitol of the world. 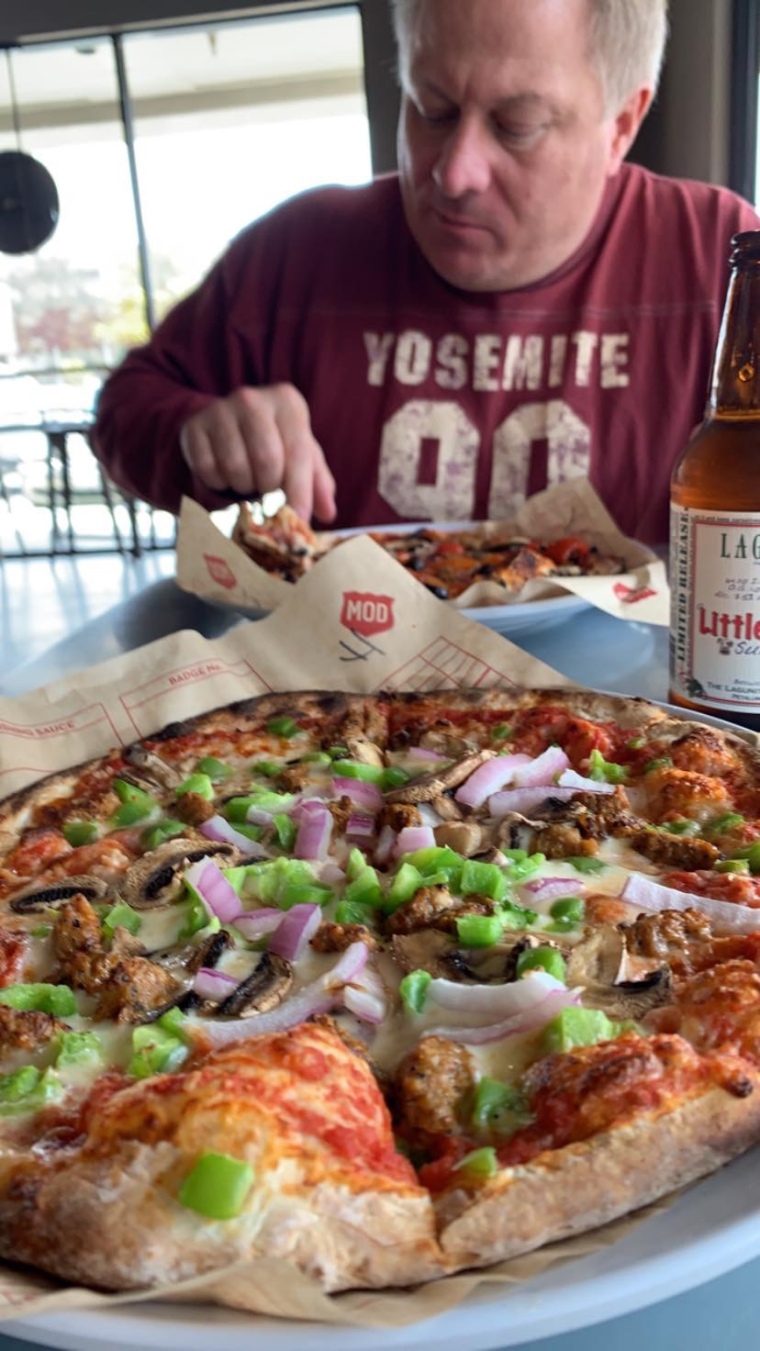 As we drove North I was pleased to see there are still some carpets of wildflowers dotting the hillsides, and I managed to snap this photo of some poiple flowers somewhere between Mt. Pinos and Tejon Pass. 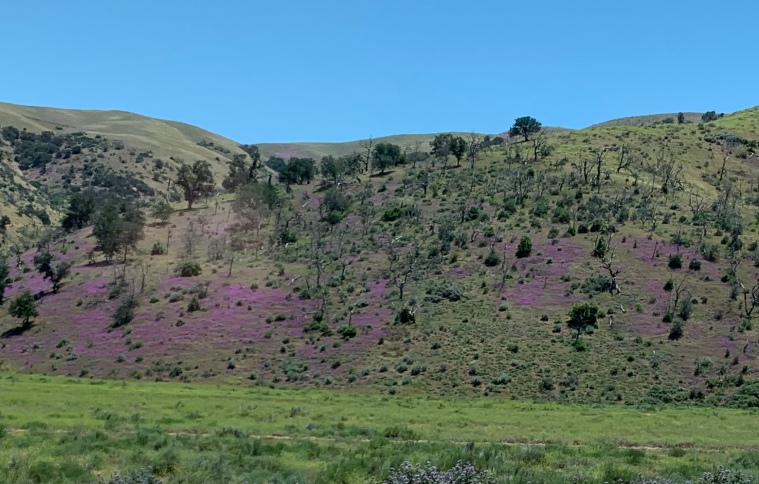 It’s been a couple of years since I’ve traveled this route and, even though descending from the Grapevine into the San Joaquin Valley portends a fairly boring drive for the next few hours, I’ve always enjoyed this part of it. 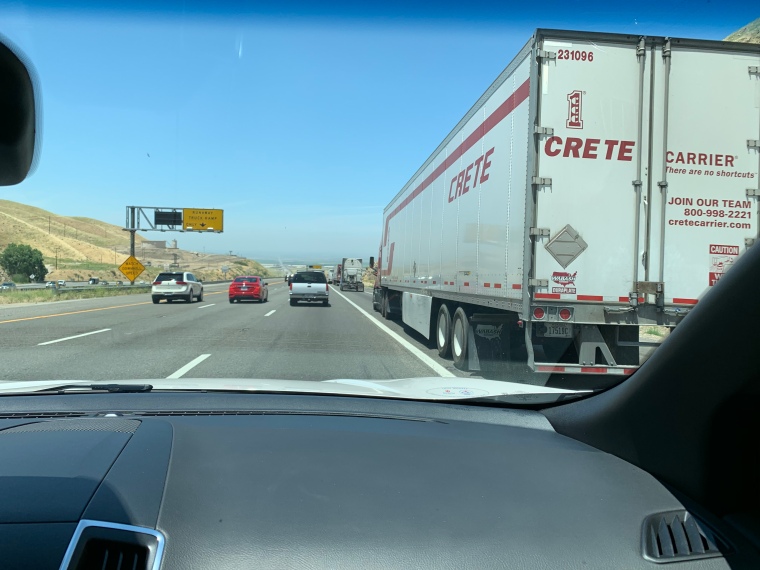 As a young man, I must have hitchhiked up and back from the Bay Area dozens of times; many of them were up the 99, before the 5 was completed. The first few years after completion, the 5 was faster, but depressingly boring. Here’s where those two roads diverged in a yellow field. 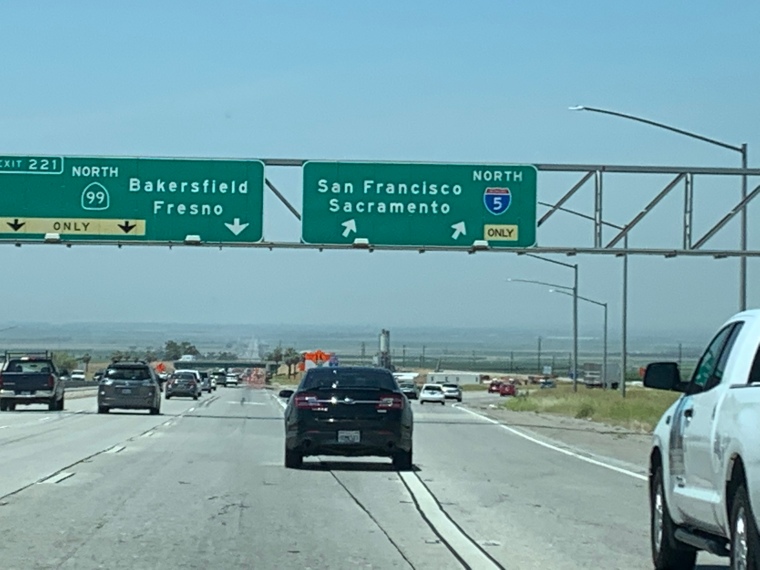 We passed this raceway, which we at first thought was the Buttonwillow Raceway, but it turned out to be the Kern County Raceway Park. It seems, from the highway, like it’s in the middle of nowhere, but the map shows it’s actually not far from Bakersfield. In case you didn’t know it, Merle Haggard was born in Oildale, a small town just North of Bakersfield. Back in the late sixties, I spent a week in Oildale one day, but that’s another story involving a school bus and an anti-war demonstration in San Francisco. 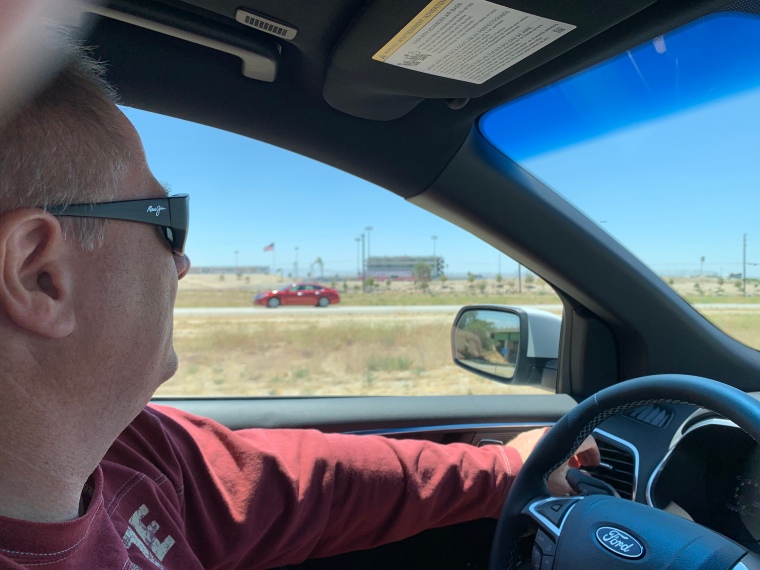 The two cups of coffee I had for breakfast, and the beer I had at lunch, finally caught up to me and we had to make a pit stop in Kettleman City. 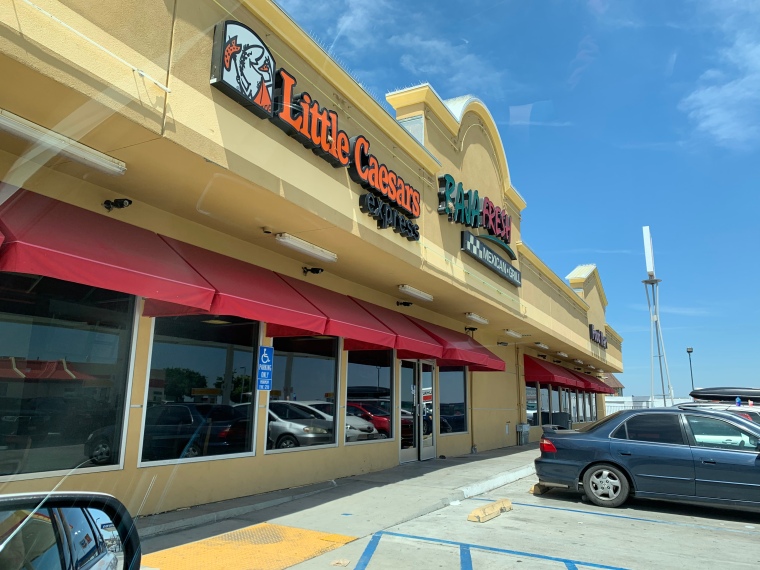 According to Wikipedia, “The San Joaquin Valley has been called ‘The food basket of the world’, for the diversity of its produce. Walnuts, oranges, peaches, garlic, tangerines, tomatoes, kiwis, hay, alfalfa and numerous other crops have been harvested with great success.”

Steve and I had no trouble identifying grapes, corn, and cauliflower, but I originally thought these trees were almond trees. However, after a reverse image search, we’re pretty sure these are pistachio trees. 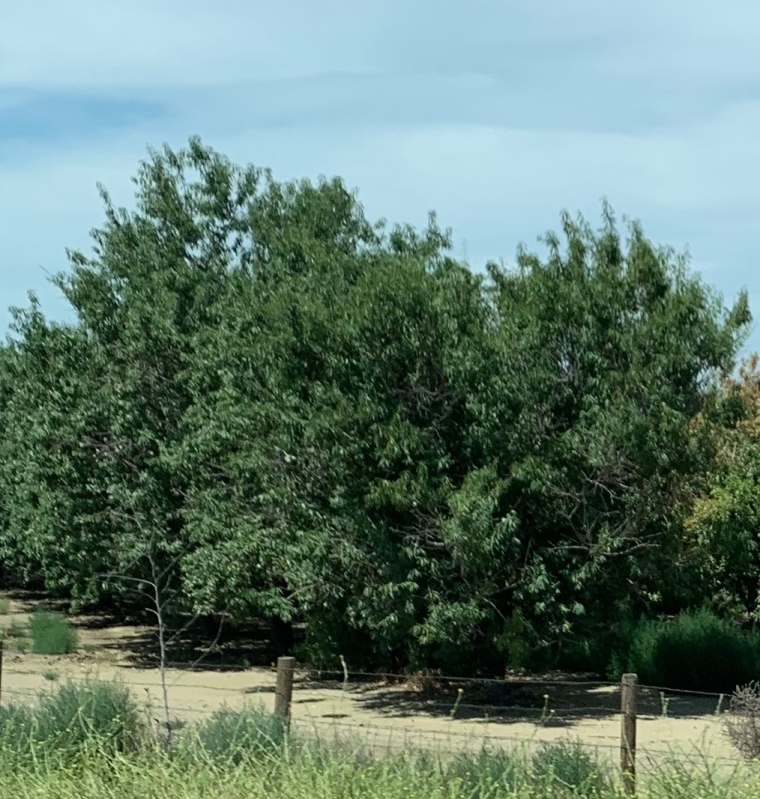 We arrived and have checked in. We’re watching the end of the 3rd round. As soon as it’s over, we’re walking across the parking lot to have dinner at Pea Soup Andersen’s. After that, we’re heading to the Paraiso Brewery in Los Banos. Tonight is comedy night. 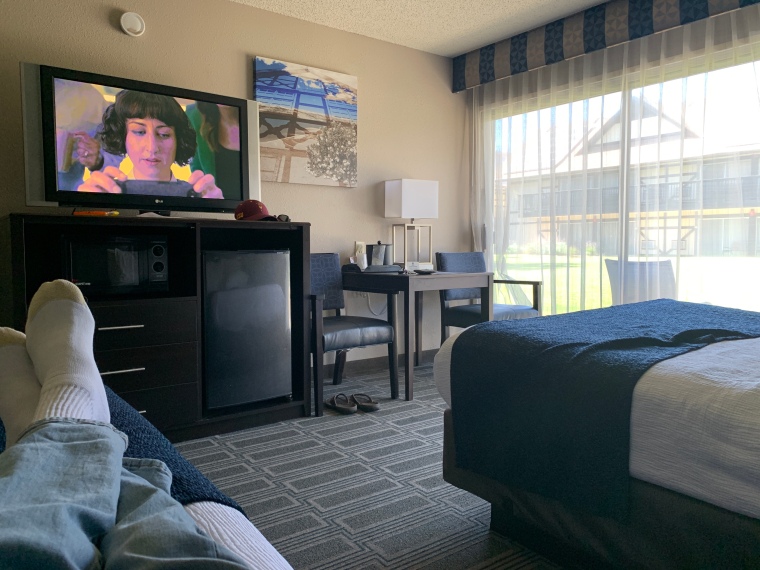 I’m hopeful I can capture some of the beauty of the course at Pebble tomorrow. We’ll see.

Born in 1947, I am an officially retired pensioner who still has two teenage daughters and a desire to contribute. I remain intensely interested in, and fascinated by, Systems Thinking, Machine Learning, Knowledge Management, Decision Intelligence, and Business in general. I am also conversant in such concepts as innovation and ideation, collaborative tools and strategies, crowdsourcing, and the use of social media to accomplish goals ranging from improving business processes to promoting small retail businesses. Since my "retirement" I have done a little bit of freelancing as an editor/proofreader, as well as some technical writing. I've also done a fair amount of Facebook marketing as well. There's lots more where that came from. Need some help? Perhaps another set of eyes? Contact me. The first one's free! ;0) END_OF_DOCUMENT_TOKEN_TO_BE_REPLACED
This entry was posted on Saturday, June 15th, 2019 at 6:23 pm and tagged with Beer, brewery, craft brewery, Ford Edge, Golf, Pea Soup Andersen's, Pebble Beach, San Joaquin Valley, travel, U.S. Open and posted in Golf, Personal. You can follow any responses to this entry through the RSS 2.0 feed.
« Respect to our Indigenous Brothers & Sisters
Some US Open Pics »