How Dare I Discuss Religion! 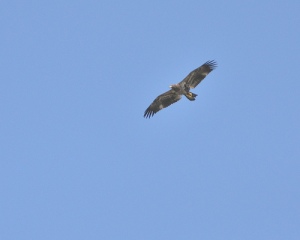 My Gateway to Everywhere & Everywhen

Actually, I’m not going to discuss religion here. I’m not even really going to talk about a lack of religion, except to set up what I really want to talk about. Sit still! I’ll get to it shortly.

I was raised a reasonably devout Jew. Brought up in the Conservative “wing” of the Tribe, I spent four years in Hebrew School and am Bar Mitzvah, a son of the commandments. Sometime after I became a man in the eyes of Judaism, however, I began to question the existence of such a thing as G-d (that’s how Jews spell “his” name . . . in English, that is). I can remember laying on the grass in front of our home, staring out at the night sky, and wondering what might be at the end of the Universe. Was there a wall and, if so, what was on the other side? After all, there’s always another side if there’s a wall.

I don’t remember when I became an atheist, which is the best term I can use to describe how I relate to the question of a deity and his – or her – existence. There was no magic moment, forever imprinted on my memory, that marked the occasion. It just, apparently, happened without my actually marking the moment. It did happen, though. Of that there is no doubt. Some time in my early twenties I also became aware of both Hinduism and Buddhism. If I recall, it was the writings of Herman Hesse that first opened my eyes to these philosophies. Shortly thereafter, when I was experiencing a deep depression brought on by the unrequited love I felt for a young woman I was in a relationship with, I encountered a book that would change my life – The Wisdom of Insecurity, by Alan Watts.

Now, before I go on any further I would like you, dear reader, to take a moment and watch this short video. It is a beautiful visualization set to the words of Neil deGrasse Tyson answering the question, “What is the most astounding fact you can share with us about the Universe?” When I watched this I got goosebumps and experienced a moment of bliss so powerful it brought tears to my eyes. I hope it affects you at least fractionally as deeply as it did me. After that I want to share an experience with you.

Neil mentions connectivity, and it’s the essence of my story; an experience I’ve never repeated and likely never will . . . because it isn’t necessary. This happened to me sometime in the Summer of 1990 or thereabouts. I was living on the third floor of a well-kept apartment building, a block from my place of employment. I had a nice one-bedroom apartment, with a balcony overlooking a garden area with a fountain. My view was to the West and there was a hill not far away. It was late in the afternoon on a beautiful, temperate day. The Sun had gone behind the hill and, though I was standing in shadow, the sky was still a bright, luminescent blue.

The situation was reminiscent of many late afternoons I’d spent in Palm Springs when I was a boy, where my family used to spend long holiday weekends in the late 50s and early 60s. The city was hard up against the San Jacinto Mountains to the West and the sun would disappear behind them very early in the day, creating an almost cathedral-like atmosphere as the town rested in shadow, the sky remaining a vibrant, cerulean blue, made even more so by the contrast with the city streets.

As I stood on the balcony I looked up and noticed a hawk lazily circling on the thermals created by the hill and watching it I became more relaxed, beginning to enter a somewhat meditative state. I can’t explain why – perhaps I had seen a program on quantum theory; maybe I’d read an article in Science News; or possibly I’d had a recent conversation with one or more of the scientists I worked with – but I experienced a transition that felt like I left my body. My mind’s eye began to soar above the hawk, out into low Earth orbit, beyond Geosynchronous orbit and, eventually, deep into the cosmos.

I became more and more disassociated from my body, for how long I can’t say (thought it couldn’t possibly have been very long), and came to feel as though every fiber of my being was interwoven with the entire Universe . . . everywhere and everywhen. I experienced a sense of peace and a calmness I had never before quite known, and have yet to experience like that again. The sensation, the feeling I was part of everything that ever existed, or ever would exist, was profound. It has changed me forever.

I earlier mentioned a book by Alan Watts, The Wisdom of Insecurity, which was the catalyst for a life-changing experience and, now that I think of it, that book may have triggered my transformative moment. I had read it at least 15 years prior to this and, perhaps, had read it again. This was not too long after my father’s death and was right around my 40th birthday, so I may have been particularly engaged with contemplating my mortality. I’ve now read it at least three times, the last being when I was diagnosed with a melanoma and was required to once again face the possibility of my death . . . at least until the surgery to remove it was over and the biopsies all came back negative. <whew>

So . . . back to Mr. deGrasse Tyson and his most astounding fact. We are, indeed, stardust (“We are golden, we are billion year old carbon” Thank you, Joni*) and the things we’re made of, on a quantum level, have likely existed since the beginning of time; perhaps before, whatever that might mean. Zen (this is what Alan Watts ultimately wrote about) holds that we are all part of the Godhead (which I interpret to mean the entirety of the Universe) and all that matters is now so, perhaps the nature of time is irrelevant. I don’t know. Mostly I don’t care. My idea of faith is to accept the Universe as unfolding rather nicely all by itself, regardless of what you or I believe. We have but to pay attention – using science, not blind faith – and our understanding can continue growing.

What I have gained from my experience and my reading and contemplating, and what I get out of this marvelous video and this most astounding fact, is that we are very special and very lucky . . . and that we are all connected, intimately, with time, space, and matter (and each other) in a way we have only begun to understand. Is there an afterlife? Frankly, I don’t much care. Mostly, I hope not. Imagine how boring it would be to spend eternity with some of the people who think they’re going to Heaven. If my feelings that day are any indication, beforelife and afterlife have no meaning. There is only now that matters. I believe if you understand this, you can’t possibly fear death and you have no need of an afterlife. So sue me.

* God (or whoever’s in charge of these things) bless you, Joni. You wrote these lyrics and the music, but I’m a rock n’ roll guy at heart and this rendition of your song is the one that floats my boat.

Since my retirement from Pratt & Whitney Rocketdyne in 2010, I have spent quite a bit of energy on developing work as a social media marketer for small business, a business manager for an AI software development firm, and as an editor/proofreader for a number of business books and a couple of novels, as well as a two-year return engagement at Rocketdyne from 2015 to 2017. I have decided to stop actively pursuing business in these fields and am now positioning myself to be a writer. I have done quite a bit of writing over the years, but I’ve never really attempted to make any money at it; at least not specifically. I’m starting out with a couple of memoirs and, currently, I’m studying the craft, creating a detailed outline and timeline, and honing my skills as a storyteller. Pretty sure I’ll be writing some fiction as well. END_OF_DOCUMENT_TOKEN_TO_BE_REPLACED
This entry was posted on Monday, March 12th, 2012 at 9:54 am and tagged with afterlife, cosmos, death, existence, quantum theory, Religion, spirituality and posted in Business, Personal, Philosophy. You can follow any responses to this entry through the RSS 2.0 feed.
« Previous Post
Next Post »

One response to “How Dare I Discuss Religion!”