Donald Trump and his deplorable sycophants are trying desperately to pin the blame for this weekend’s tragedy in El Paso on anywhere but where it belongs. It’s not video games. It’s not the lack of prayer in schools. It’s not parents who aren’t paying attention. It’s the constant drumbeat of racist hatred toward (primarily) Latinx people and any form of immigration, no matter how useful or benign. Click on the below link to see where Robert Mackey of The Intercept lays out his analysis of how this rhetoric has created a climate of hate and fear that’s obviously toxic as hell. 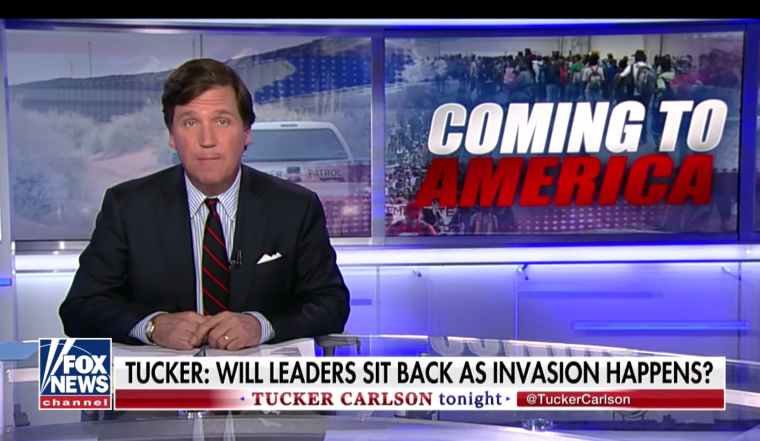 El Paso Gunman’s Fear of a Migrant “Invasion” Echoes Donald Trump and Fox NewsRobert MackeyAugust 5 2019, 4:36 p.m.The white supremacist who killed at least 22 people in El Paso, Texas on Saturday appears to have been driven by a racist conspiracy theory — that the United States is under “invasion” by migrants and asylum-seekers from Central America — which has been repeated again and again on Fox News broadcasts, and amplified by that network’s most powerful viewer, President Donald Trump.

Born in 1947, I am an officially retired pensioner who still has two teenage daughters and a desire to contribute. I remain intensely interested in, and fascinated by, Systems Thinking, Machine Learning, Knowledge Management, Decision Intelligence, and Business in general. I am also conversant in such concepts as innovation and ideation, collaborative tools and strategies, crowdsourcing, and the use of social media to accomplish goals ranging from improving business processes to promoting small retail businesses. Since my "retirement" I have done a little bit of freelancing as an editor/proofreader, as well as some technical writing. I've also done a fair amount of Facebook marketing as well. There's lots more where that came from. Need some help? Perhaps another set of eyes? Contact me. The first one's free! ;0) END_OF_DOCUMENT_TOKEN_TO_BE_REPLACED
This entry was posted on Monday, August 5th, 2019 at 5:30 pm and tagged with El Paso, gun control, gun violence, Immigration, invasion, migrants, prayer in schools, video games and posted in News & Politics, Politics. You can follow any responses to this entry through the RSS 2.0 feed.
« Four Boxes of Liberty Redux
The Anger of the White Male Lie – Ijeoma Oluo – Medium »