Breaking Away from HuffPo

Recently, I wrote about my frustration with the Huffington Post’s online presence, due mostly to the length of time it takes for the page to load and the number of refreshes one experiences while numerous pieces are fit onto the page. What I find most frustrating is the constant resizing and repositioning of what I’m trying to read as it’s loading. I’m not one to click on a link, then walk away for a minute or two waiting for the page I’m being served to settle down comfortably in my browser. I start reading the moment there’s a word in front of my face. BTW – I currently use Google Chrome and I am not going to spend time testing Safari, Firefox, or Opera to see if there’s a difference, though if someone tells me there is a substantial difference I might check it out. 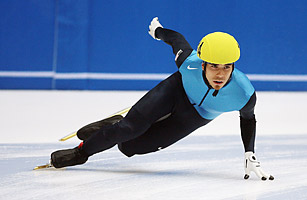 HuffPo is no longer the force it was when I first joined it over eight and a half years ago. At least it isn’t for me. There are plenty of alternatives, many of which are simpler and also a bit closer to my politics. Meaning, they lean to the left like Apolo Ohno entering a turn.

Yesterday I received a comment from a reader (also a friend) who said he experienced the same thing and was wondering if I could point him to some possible replacement sites for learning from a similar outlook. I should mention I know this person does not share my politics, but I’m glad to hear he’s interested in seeing things from more than one angle. The hallmark of an open mind is the willingness to see things from perspectives different than one’s own. I respect that a great deal.

Now, I go to quite a few different sites, each of which would be considered Leftist, but which are also somewhat different in how they approach the news and their reporting and analysis of it. For instance, there is a distinct difference between a site that is run by liberal Christians and one run by secular leftists. They report the same stories, frequently in similar fashion, yet they each have a particular slant on how important they consider these stories and what they think is behind them and how they ought to be resolved. These show up in how their posts are written, where they’re placed, or when they are attended to. There are numerous other nuances that I think differentiate many of the sites I get my news from, but the bottom line is I still have to sift through what they’re telling me, as well as what others are saying. Then I have to hold it all up to the lens of my knowledge and experience over the years. Did someone say critical thinking?

So . . . here’s a list of some of the sites I would recommend, along with a little bit of my thinking as to why they matter:

Now for a little confession. When I read the comment asking my opinion of sites similar to The Huffington Post, which was last night, I did a Google search on the term “news sites similar to huffington post”. It was a bit disconcerting to find most of the hits returned were about HuffPo itself. I probably could have changed my query to get a more targeted set of responses, but I was able to find one site on the second page of hits that was what I was looking for. It’s entitled “Huffingtonpost.com – 50 Similar Sites and Alternatives” and I used it to navigate to most of the sites I mention above. I could have gone to most of them independently, but I wanted to check out some of the others.

In the list of 50 similar sites, there were a few that are not similar; at least not for the purpose I was asked to consider, which was sites with a definitely liberal, progressive, left-wing slant. Obviously, there are quite a few sites to check out and I suggest anyone who is interested (including my friend who requested my opinion) use this site to check them out. You can even vote on whether or not you agree with their picks.

My analysis is not terribly extensive, but I hope it’s helpful. I would like to reiterate what I mentioned in most of what I wrote about these sites. None of them take longer than a few seconds to load and, therefore, in addition to being left-leaning in content and position, they are also superior for ease-of-use and lack of irritating, multiple refresh instances. As always, I welcome any feedback others may wish to provide.

Born in 1947, I am an officially retired pensioner who still has two teenage daughters and a desire to contribute. I remain intensely interested in, and fascinated by, Systems Thinking, Machine Learning, Knowledge Management, Decision Intelligence, and Business in general. I am also conversant in such concepts as innovation and ideation, collaborative tools and strategies, crowdsourcing, and the use of social media to accomplish goals ranging from improving business processes to promoting small retail businesses. Since my "retirement" I have done a little bit of freelancing as an editor/proofreader, as well as some technical writing. I've also done a fair amount of Facebook marketing as well. There's lots more where that came from. Need some help? Perhaps another set of eyes? Contact me. The first one's free! ;0) END_OF_DOCUMENT_TOKEN_TO_BE_REPLACED
This entry was posted on Friday, August 8th, 2014 at 11:05 am and tagged with Daily Kos, editorial, HuffPo, journalism, left-wing, Liberal, Liberal America, Mother Jones, news, opinion, politics, progressive, reporting, Slate Magazine, The Raw Story, Truthout, Writing and posted in News & Politics, Technology. You can follow any responses to this entry through the RSS 2.0 feed.
« Tweaking Facebook
Navigating Facebook »

2 responses to “Breaking Away from HuffPo”