Another Letter Regarding Our China Adoption

Had I been paying closer attention, I likely would have realized I sent this email the day before I sent the one I posted yesterday. Nevertheless, they are closely related in both time and content, so I want to share this one as well. I know I also have a file with the emails I sent from the sports bar in the China Hotel in Guangzhou, while we were there completing our adoption of Aimee and, eventually, I’ll post them here as well.

This particular email was in response to a post by another adoptive parent who, in seeking to understand adoption from her child’s POV, wrote “Maybe some of the referrals come with information that stretches the truth, but I think that the act of being placed in our loving arms is not quite as wonderful for these girls as it is for us. Give them time.” Here’s what I wrote:

This has to be one of the most important, and profound, statements I have read on China33* in some time. We must, repeat must, remember what these children have experienced. Each of them has had to suffer two major, life-changing upheavals. The first was being separated from their birth mother (no matter the circumstances under which it took place); the second being taken from either a foster family or the only real home they have known.

We have to control the tendency to see our good fortune in finding them as the only interpretation of these events. We must fight against trying to impose our perception of reality on them. I believe the wisest thing we can do is try and understand their lives from their perspective. They may not be able to give voice to it, and their memories are almost always pre-verbal, but that doesn’t negate the powerful emotions these events evoked.

I have watched our Aimee nearly shut down in situations that were similar to the evening she was placed in our arms. A room full of children, adults, noise, and pandemonium. Even an open house at pre-school has greatly unnerved her. However, with every day she has grown a little more secure in our existence as a family and now, at over four years old, she is finding her place and blossoming like we hoped for her.

The most important thing we can give our children is the knowledge not only that they are loved, but also that they are respected. I can’t emphasize this enough. Remember the concept of “walking a mile in their shoes”. By all means, revel in the joy of finally having her in your arms; the ineffable depth of emotion you feel when holding or even just watching her (or him). Just keep in mind that you are the lucky ones. If our children were truly lucky, the conditions leading to their abandonment would not have existed, and they would still be with their birth family.

Remember, one day they will be all grown up, and they will almost certainly be at least curious about why they were separated from their birth family. You will be doing both them and yourselves a great service by keeping that day in mind – always.

* China33 was the name of the Yahoo group we used to stay in touch during those times. When we adopted, the wait time was nearly two years and the time spent in China was three weeks. For some, the anxiety was overwhelming, though it was significant for even the most sanguine among us.

The Wisdom of Engagement 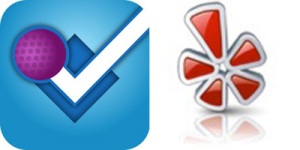 I just came across a couple of quotes that rather succinctly state the issue anyone using Social Media for marketing needs to keep in mind with respect to engagement with their customers. I think it comes from some of the activity surrounding a virtual Enterprise 2.0 Conference event. I picked them up in my tweet stream. I wasn’t able to attend, but found them because I have a continuing search on the hashtag #e2conf, which keeps me in the loop.

These two quotes appear to be traceable to Sameer Patel, a man I admire for his business savvy and knowledge of social media engagement. I have been using the tag line “People are talking. Are you listening?” His quotes are a bit longer than my tag line, but I think they state the issue rather well:

Part of the problem is trying to “control the message”. The conversation will happen with or without you.

This is one of the things that I’m trying to get across to some of the small businesses (I’m beginning with restaurants) I’ve been working with. The other line is even more important:

Your brand perception is now in the hands of strangers. Isn’t it time you got to know them?

This is so important for small retail establishments to understand. With the advent of services like Foursquare and Yelp, the conversations about their businesses are already taking place. They need to, at the very least, claim their venues in each of these and get involved in the conversation. If a customer has a bad experience, don’t you want to know about it? Don’t you want to have the opportunity to make it right . . . publicly?

It’s true and it’s only going to get “worse”. People ARE talking. Shouldn’t you at least be listening? Better yet, why not engage with them. I’m convinced the process will strengthen your relationships with your customers and do wonders to make you more accessible and easy to do business with.