I serendipitously came across this photo a few days ago and shared it with a group that’s fighting the recall of our very first progressive Latina elected to our City Council. I shared it with them not because of the irony (which is substantial) but because the guy with the Latinos for Trump sign has shown up at our City Council meetings to agitate in favor of recalling her. I’m told he’s from Apple Valley, which is well over 100 miles from Simi Valley. There were at several other “protestors” at these meetings that are from nowhere near Simi Valley.

I only recently learned the Republican Party, recognizing they can’t win control of many Western States via fair elections, have taken up this tactic of recall, which they time to occur when voter turnout is historically likely to be comparatively light. One of the primary organizers of this effort is a contributor to Red State and other right-wing publications and many believe one of her goals to be self-promotion.

Simi Valley suffers from an unfortunately deserved bad reputation for racism, thanks to the Rodney King trial which, if unfamiliar to you, you should Google. When I first retired from Rocketdyne, in 2010, I did some research on Simi. At the time, a Google search turned up essentially three things the city is known for: The Ronald Reagan Presidential Library, the worst nuclear reactor meltdown (at SSFL) in U.S. history, and the Rodney King trial. The trial was the most frequently appearing result of the three.

I tried to get some of the city’s leaders to support doing something about it via targeted blogging and social media campaigns, but they didn’t understand what I was getting at, and they weren’t really interested. Now they’re doubling down on their deep animosity for anyone who doesn’t buckle under to the weight of their limited vision.

Simi Valley’s leadership is, for the most part, highly conservative. I would label them reactionary. I’m told they’re corrupt as well, though I haven’t enough knowledge to make a judgment call on that issue. I will, however, be well-educated on it soon. Stay tuned.

Is there really anything happening on our southern border that’s surprising? If so, where have you been?

The United States is not a benign government and it is responsible for an awful lot of pain, suffering, and death. Especially for people of color. Don’t ever forget it.

What I Want To See 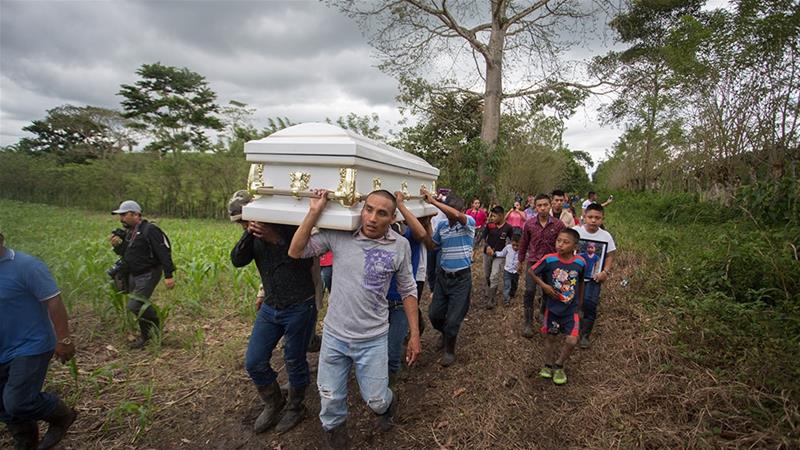 The following is making its way through Facebook right now, and I want to share it here. These are not my words, but they track pretty closely to how I feel and what I’d like to see happen with respect to all the children being herded into what this Jew believes are accurately called concentration camps. They’re not death camps . . . yet. Actually, several children have died and, if we don’t somehow put a stop to this, it will only escalate. Here’s what is on FB:

Sharing (I am not the author)…

Here is what I want:

I want all 24 Democratic candidates for President to convene a joint press conference outside the worst of the facilities where toddlers are being held in their own filth with no blankets, no beds, no soap, no showers. I want all the candidates, with no exceptions, to demand the doors be opened. I want them to demand a tour.

I would like the candidates to show up with people from the Red Cross, Doctors Without Borders and UNICEF. I want the candidates to personally render aid to the children — on camera. At the very least, I want it on camera when officials refuse entry to a federal facility by senators, congress people, governors and the national press. I want to see the guards showing their guns to block them.

I want the DNC to set up everything necessary for a rally — refreshments, stands, shelter — and make sure this event is open to the public and well publicized beforehand. I want to see everyone unified in naming this part of the USA’s new Concentration Camp system. No equivocating. I don’t want any more lip service to outrage — I want us to SEE the outrage in such a way that anyone who is turning a blind eye to the outrage can no longer deny its existence.

The logistics for this would be hard, but you cannot convince me it cannot be done, if there really is a will to save these children, there is a way.

Would that be blatantly using children for political props? Maybe, but it would definitely be an attempt to rescue children who are already being used as political props.

I want someone to do something for those babies. Now.

The Rise of Homo Avarus 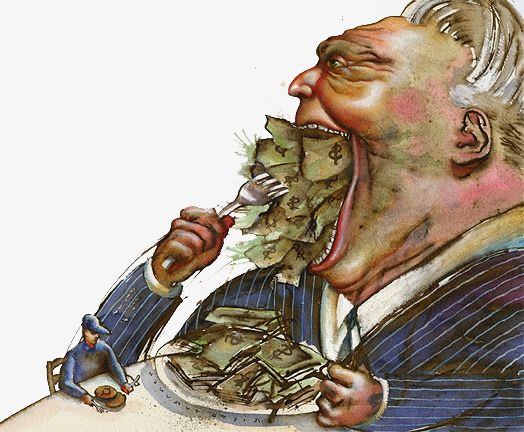 Any Doubt This is How it Will Play Out?

I think it’s time we recognized there is a new species of primate in the neighborhood. We, of course, are quite familiar with our own species, Homo Sapiens (Wise Man), currently recognized as the only non-extinct species of hominid in the genus Homo. However, recent events make it quite clear there is a huge number of so-called humans who are not “wise” at all; they are self-centered and, apparently, lacking in decency and empathy for anyone not exactly like them.

These people just elected the most unqualified, inept, and uniquely hateful man to the highest office in the land, President of the United States. Only a few days after the election, his “victory” is already resulting in a significant uptick in hate crimes and bullying. He is appointing some of the worst people to ever disgrace public office in our country, and he is planning on actions that will set our progress as a people back 50 years.

This is, of course, what was always meant by the slogan “Make America Great Again.” By great, we know the real meaning of that slogan to be “let’s take America back to the 1950s, when people we don’t like (those of color, members of the LGBTQ+ community, disabled people, and other “others”) were relegated to the background and expected to stay there and quietly accept their positions as second-class citizens . . . or not.

What he has proposed, and what he is no doubt beginning to set into motion will be the greatest reversal of progress on human rights within our country we’ve seen in quite some time. His administration is already preparing legislation that will make it possible to discriminate against people because of their “religious objections” to their lifestyle. He’s floating names of Cabinet posts and department heads that are an absolute nightmare for anyone with a working brain and a conscience; Ben Carson for Secretary of Education, Sarah Palin for Secretary of the Interior. It feels almost hyperbolic to take those appointments as serious and well-reasoned.

I suspect he, and those he will have in his administration, have been emboldened by people who are either reasonably clueless or who are so selfish and incapable of empathy, they just don’t care how much destruction this man will wreak on the most vulnerable. As long as they get back their “sense” of control and privilege, how it affects others is of no consequence.

Although I think this represents a tragic misunderstanding of how interrelated we, as both citizens and non-citizens, are in keeping the economy strong and growing, a singular lack of empathy seems to be the driving force behind his popularity and (what I hope will turn out to be) pyrrhic victory. For these reasons, I suggest we recognize a new species of human, one that is solely concerned with itself and only interested in the well-being of others if it directly affects their safety and comfort. In other words, Homo Avarus; greedy man.

Little do they know they’ve been massively punked, and are about to find out just what kind of carnival barker they’ve put into the most powerful position on Earth. It’s going to get ugly, and it’s little consolation to know that those who enabled this man are going to pay a heavy price as well. Stay strong, my brothers and sisters. I was hopeful we were going to move forward, but that is clearly not the case. We are now faced with what may be the greatest challenge of our lives, certainly of my nearly 70 years on this planet. We need to figure out how not merely organize, but also how to educate and how to teach ourselves and others to sift through the mountain of garbage that passes for information and reporting via the mainstream media and even much of the virtual media we consume via Facebook and Twitter. We have an enormous job facing us, one I don’t expect to see the result of in my lifetime. <sigh>

A Wonderful Response to Hate

When was it? A week or so ago? Remember that Cheerios video with the beautiful little girl and her interracial mom and dad? Unfortunately, cute and entertaining as it was, it brought out a vocal contingent of hateful bigots, prompting General Mills to suspend commenting on the YouTube video.

It even made it into the International Business Times, and is (as of this date) still being discussed extensively.

Well . . . a gentleman by the name of Kenji America has produced a video in response to those hateful people who, IMO, represent a dying breed spasming as they approach the demise of their narrow-minded, backward, disgusting ways. Check it out!